On Saturday, October 1, 2011, the members of the Bridgehampton Racing Heritage Group, in conjunction with the Bridgehampton Historical Society's Annual Road Rally, displayed photographs and other memorabilia linked to the original Bridgehampton Race Circuit. The rain stayed away and all the beautiful cars got off to a clean start for the rally. The people in attendance then turned their attention to the displays set up in the barn. Included were posters, books, programs, paintings and many photographs. An original 8mm film of racing action from 1958 - including both on-track and other footage - was shown on a large screen, as were other films depicting the cars and stars of the golden age of racing at "The Bridge".

It was a great day to remember a great Long Island sporting venue that has disappeared in all but the memories of the many who drove the track, or witnessed the brave souls who sought to conquer her many challenging corners. Alas, the time to 'save the bridge' has long passed but thanks to the Heritage Group, the history of the circuit has been preserved for future generations to learn about, and for we old-timers to rekindle old memories.
Read More 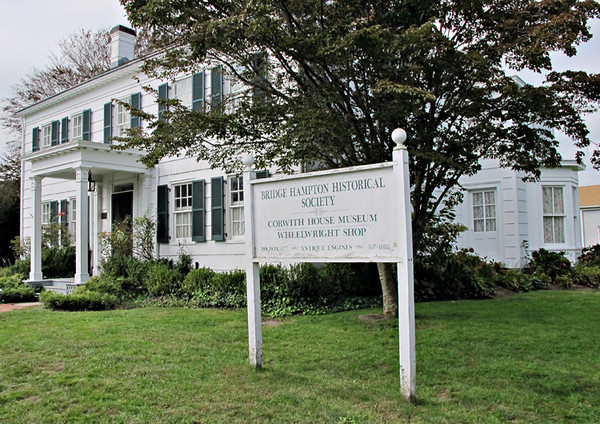